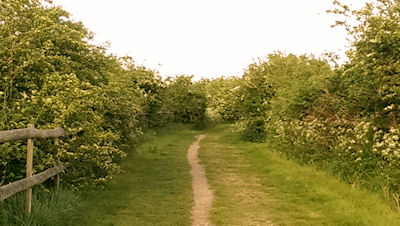 We drove down to Two Tree Island for an evening stroll to take advantage of the warming weather and lengthening days. Hoping to hear the resident nightingales sing their famous song, we were rewarded with both a song and a sighting as we wandered along the track that leads through their territory. Further on, the cuckoos were also out, calling to each other as they flew about in twos and threes. 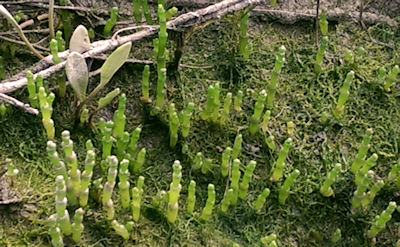 The track ends at the edge of the Thames estuary, a muddy networks of waterways that fill and empty as the tides move in and out. We found this little patch of samphire growing right at the water’s edge. Samphire is a salty sea asparagus that grows in coastal marsh areas around Northern Europe. Originally called sampierre, the name is a corruption of the French St. Pierre (St. Peter), the patron saint of fishermen. Samphire has always been a local delicacy, but its fame is growing and it’s not unusual to find it on the menus of some of London’s finest restaurants.

One thought on “An Evening Stroll”