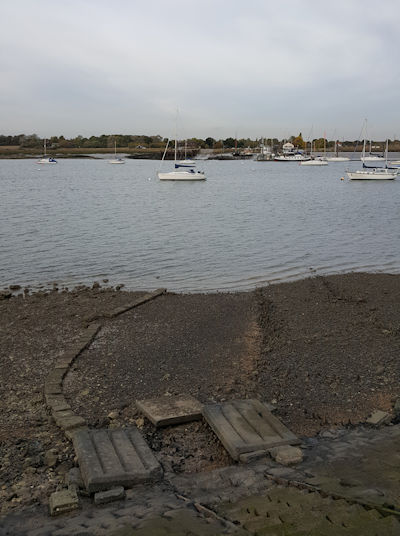 The Essex estuaries are not just about riverways and coastal walks… it’s an interesting area dotted with villages that sometimes merge into urban sprawl. It’s an ideal landscape for us labyrinthine personalities as the roads (which are often straight due to their Roman origins) still manage to meander around the rivers and marshes. In other words, the roads you drive might be straight, but getting from one place to another is rarely straightforward.

After leaving Wallasea Island yesterday, we wound through the back roads to the villages of Paglesham and Ashingdon to visit their churches and waterways. Dedicated to St Peter, the fisherman, the church at Paglesham is tiny but rich in history, having most likely been built over an older Saxon church during Norman times. nearly a thousand years ago, thus accounting for its short square tower.

The carvings on the wall as well as on the gravestones laid into the floor are both interesting and impressive. 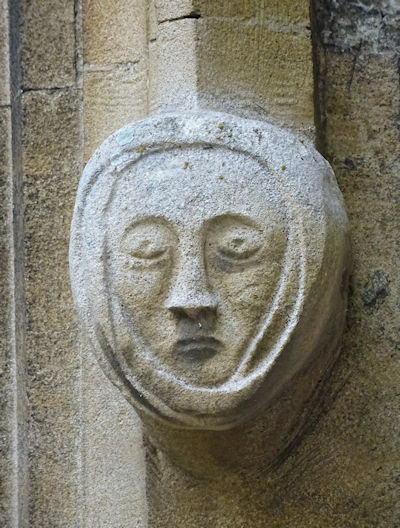 I always find myself inventing stories to go with the imagery, and I have always had a strange habit of mentally calculating the age of the people buried beneath the headstones – some of them hint at heartbreaking lives, others at complicated relationships. The ones in the church are in remarkable condition.  Just look at the mix of imagery here: 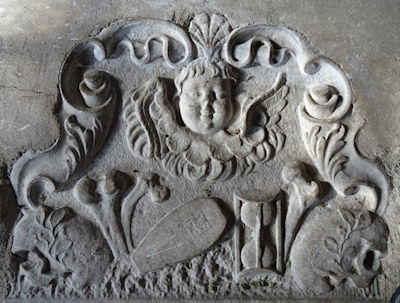 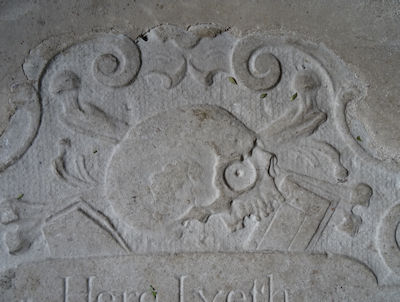 Next door is Church Hall farm, gifted to Westminster Abbey by Edward the Confessor in 1065. 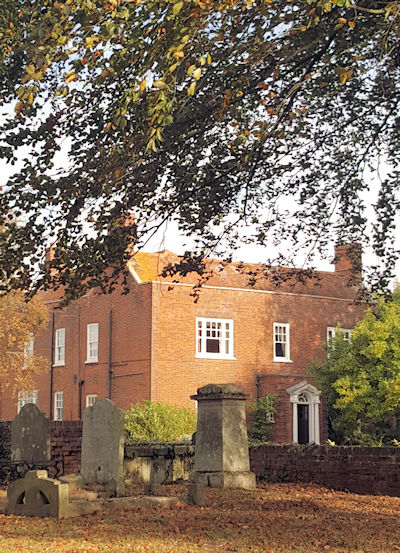 And a little further up the road? The Plough and Sail, which smelled too good to pass by, despite the fact that we had already had a picnic lunch out at Wallasea. 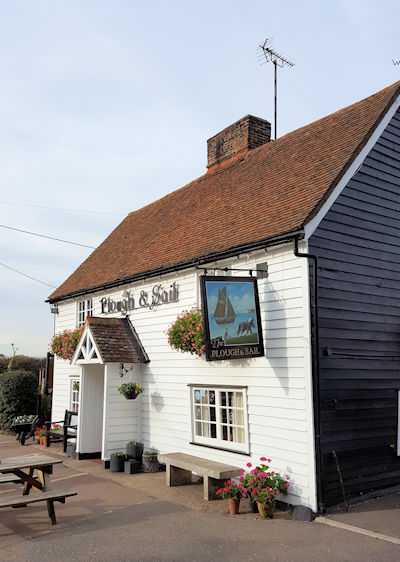 So, we did the only thing we could…. we ordered dessert! 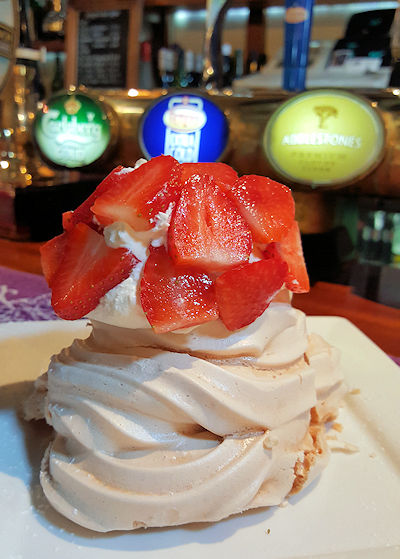 And ate it under the watchful eye of their Halloween witch: 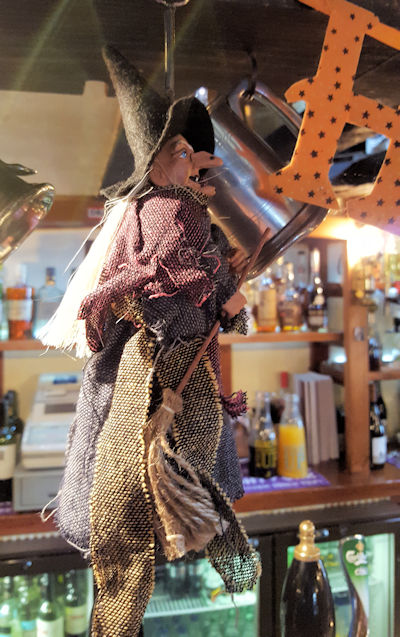 3 thoughts on “On the Road to Paglesham”