The nights are drawing in but the weather has been dry, so we’ve wanted to be out and about. Last night we had a wander along Southend seafront to enjoy the lights without the crowds. 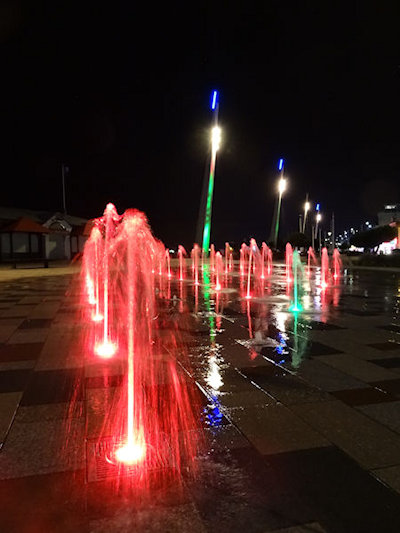 Never Never Land was a popular children’s park back when Jeff was a child – he remembers going with his parents some 50 years ago. People tell me about the model train and the animated characters that were as scary as they were fascinating, especially to young children. 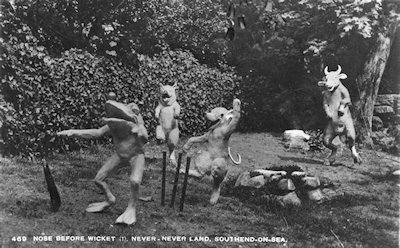 It’s been closed for some years now, but it’s never been forgotten – the only part that remains is the fairy castle. 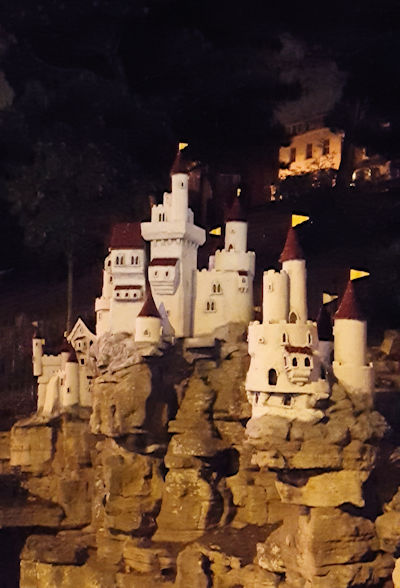 Still, it was fun to see it standing humbly in the moonlight, below the Royal Terrace where Princess Caroline visited in 1803, and just along from the modern arcades and attractions, a faded memory caught between the pages of time.

If you’d like to see some vintage footage of the seafront as it was in the late 1950’s, this video is worth watching. Never Never Land appears at the 20 minute mark.