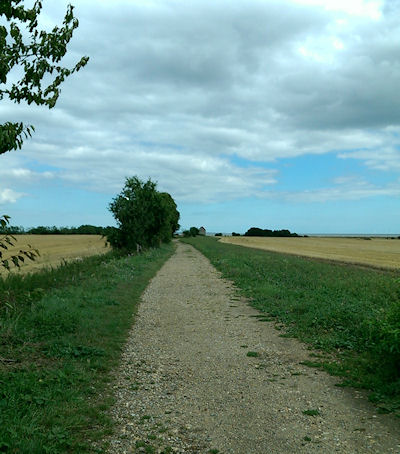 In direct contrast to my trip to London a couple of days ago, we drove out to the Dengie today. A peninsula on the Essex coast that lies between two rivers, the Blackwater and the Crouch, the Dengie is always breezy, and can be quite bleak in the winter, but today it was mild and moody. I love the peace that I find there, and am always happy for an excuse to head in that direction.

We went first to Tiptree for lunch at the locally famous jam factory, a delightful place that is a throwback to earlier times, decorated with equipment from the storage sheds. 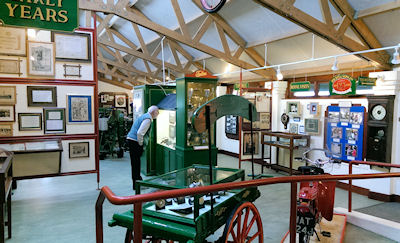 They also serve a darned good lunch, with plenty of gluten-free options: My choice today was a traditional ham and cheese ploughman’s: 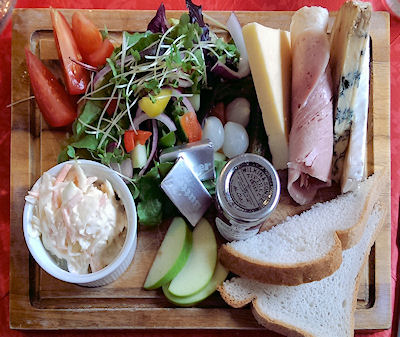 We then drove through picturesque Maldon before heading to the Dengie and our favourite mini-pilgrimage destination, the ancient chapel of St. Peter ad Muram. A long footpath leads out from the car park to the chapel which stands on what was once the walls of an old Roman Fort. Built by St. Cedd in 654 AD, the chapel is the oldest continually occupied chapel in the British Isles, though it wasn’t continually used as a chapel.

The tide was in, so after visiting the chapel we walked for a ways along the sea wall, then dropped down onto the beach for a bit of North Sea beachcombing. We dipped our toes into the water, but there were quite a few people going for a real swim, and we simply watched admiringly. Walking back towards the car, I was moved by this view of the chapel flanked by the giant windmills of a nearby wind farm.  What a contrast of old and new. Modern technology supplying energy and power alongside an ancient chapel that has for centuries given spiritual energy and power to pilgrims and seekers.

4 thoughts on “The Dengie”