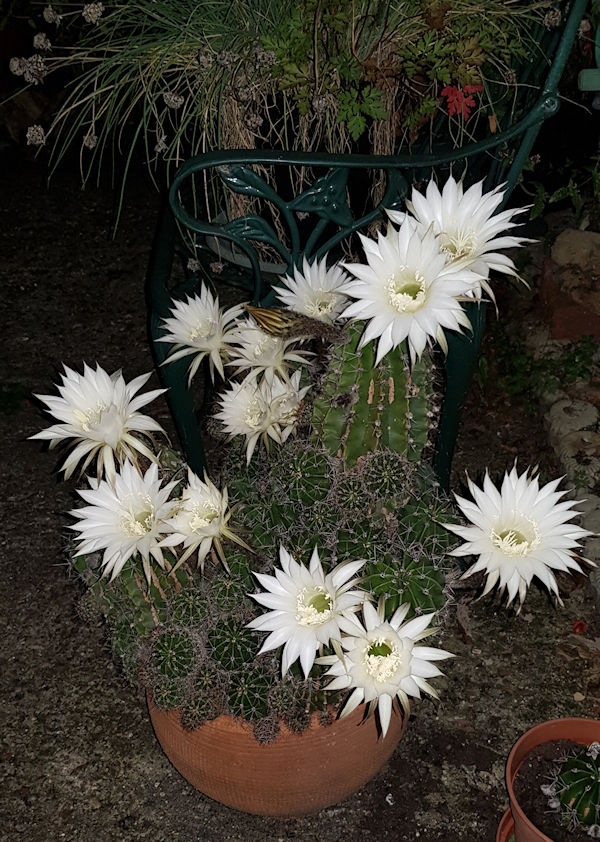 We have a potted echinopsis cactus in our garden that is almost as old as we are; Jeff’s father inherited it from his aunt at least 50 years ago and he tended it carefully throughout his life, until Jeff took it on more than 30 years ago. If we are lucky and it’s a good year, the plant produces a single fragrant blossom that lasts a mere 24 hours.

Over the years that it has been growing, it has occasionally had several flowers at one time – one blossom is cause for excitement, two or three is a big deal! We stand it outside when the weather is warm, and the nice summers we have had in the past few years have encouraged it to bloom more profusely. This year it has excelled itself – last night 13 flowers opened simultaneously to create this splendid spectacle!