In terms of weather, England does a lot of grey, but when it does colour, it does so with breathtaking splendour! We took advantage of the good weather forecast for today by driving up to Hatfield House, north of London, where we went for a long walk through the gardens and parkland. (Can you imagine what this is going to look like in a few more weeks when the leaves come out? We could actually see the countryside greening over the course of this very warm day!) 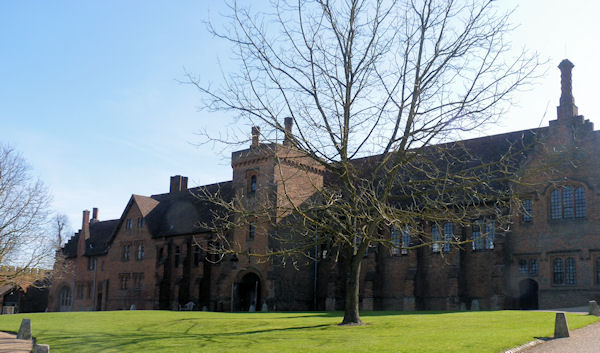 Hatfield is an old and venerated estate, with a grand”new” house built on the grounds of the old Hatfield Palace in the early 17th century. The old palace (above) had been used by Henry VIII as a home for his children; it was here that Queen Elizabeth I spent her childhood and was educated alongside her brother, Edward. 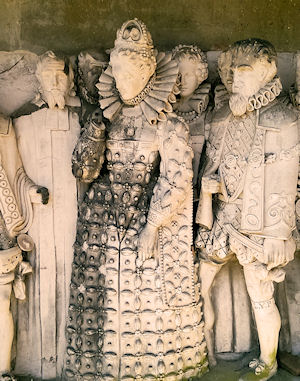 It was also here that she learned of her succession to the throne in 1558. The spot is commemorated with a tree planted on the spot in 1984 by her namesake, our current monarch, Her Majesty Queen Elizabeth II. 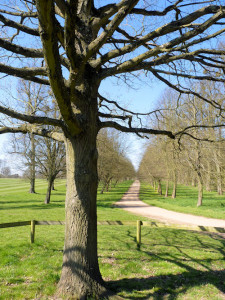 Nearby I caught a glimpse of a man lurking amongst the mistletoe… You don’t suppose he’s a modern-day Pretender to the throne, do you?

And he wasn’t the only strange character spotted in our wanderings! 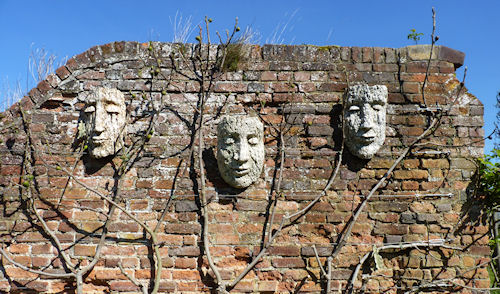