Sometimes it’s nice to stay home on summer Sundays and let the world to come to us…. perhaps not surprisingly, even the labyrinth came to us as we indulged in a long afternoon and evening of television. Can you see the circular feature in the center of the drive? Sure enough – a lovely little classical labyrinth at Castle of Park in Cornhill, Banff in Scotland. The castle featured in today’s episode of Fake or Fortune on the BBC, one of our favourite shows. 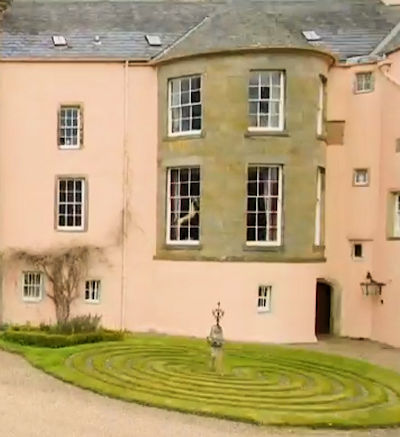 This was the second labyrinth to grace our television screen this weekend. Watching the Hungarian Grand Prix earlier, we spotted Felipe Massa’s brother watching from the Williams garage: 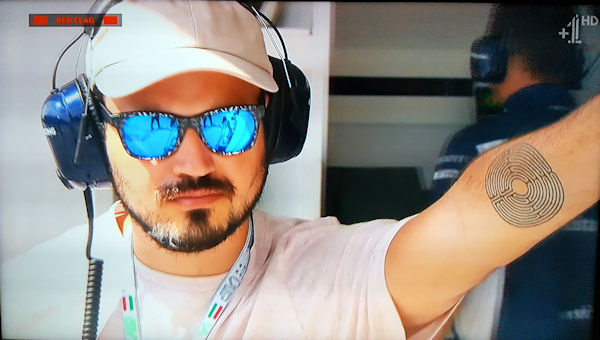