I’m with Her! I had tears in my eyes when I marked my ballot and voted for an immensely qualified woman for president of the United States. I did that way back in September, the day my overseas ballot arrived in my inbox, and since then the election (as everyone knows) has really heated up. It was nearly unbearable until last Wednesday when a friend added me to the secret Facebook group, Pantsuit Nation – back then there were less than 200,000 members and that seemed immense, but this morning, the total is over two and half million and still growing. The stories and images posted in that group this week have been overwhelmingly positive and poignant, and have gone a long way toward restoring some of my faith in humanity. 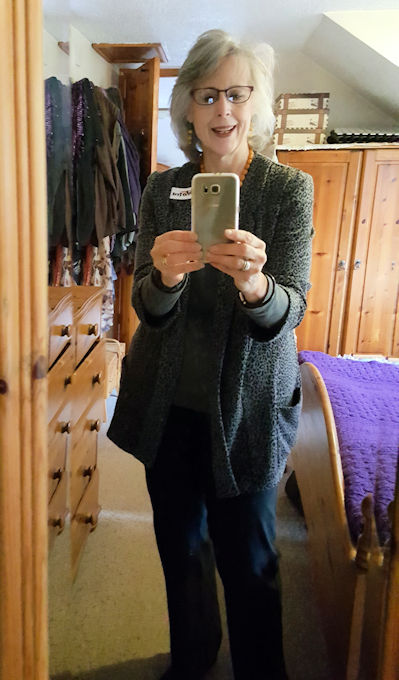 As I said yesterday, I’m favouring dresses and leggings these days (after years of wearing jeans and sweaters), but today I’m wearing a makeshift pantsuit and a homemade I Voted sticker to stand in symbolic soldarity with my candidate and her community. As an added protest, we’ll be eating tacos for dinner tonight – take that, Mr. Trump! I stand in support of the diversity that has already made America great.

And my thanks go to the Overseas Vote initiative that has done so much to make voting both possible and straightforward for expats like me!