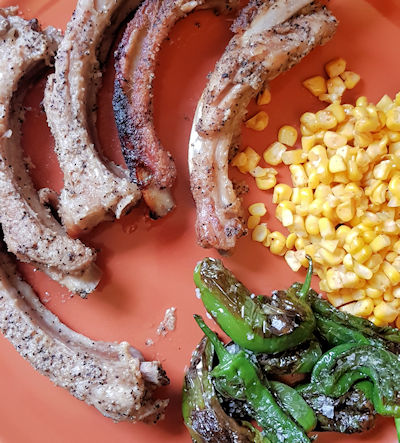 Way back when the world felt a bit more innocent and Barack Obama and John McCain were squaring off against each other in a presidential election, I saw a recipe for John McCain’s Ribs. I was an Obama supporter, but I found myself desperately wanting to make McCain’s ribs, not just because they sounded good, but because it was a simple, fun way of bringing a bipartisan note into our household. I could vote as a Democrat and eat as a Republican, at least for that one Sunday afternoon.

In the big scheme of things, that little act means nothing… but I’ve never forgotten the recipe, the intention, or the candidates. As we’ve watched the world become more and more polarised, I’ve reflected on my belief that we would all be well-served by opening our lives to lighthearted ways of practicing inclusivity, wherever and whenever we can. My kitchen is a microcosm of my life. If I can create sweetness there, I can create it in my community; if I can cook Republican ribs for my Democratic stomach, then my Democratic ears can listen to what Republican voices are saying – and if I can do that, I can find good wherever it exists.

John McCain was a good man. His voice will be missed in honest conversations and debates.

We cooked his recipe for ribs this afternoon, to honour the man and nourish our souls. It was a small action to represent a much larger respect.

Rest in peace, Sir… and thank you for your service to your country and mankind.

4 thoughts on “Ribs That Matter”