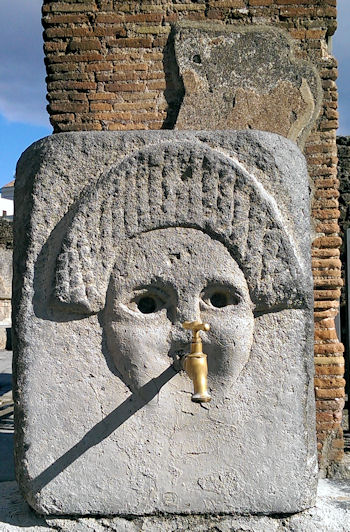 It isn’t what people do for show that interests me most, but what they do day-to-day. Perhaps that is part of the fascination that Pompeii holds for me. Like Skara Brae in the Orkneys, it is a city preserved in time, where everyone departed in a mass exodus, leaving behind the clues to the workings of their everyday lives. 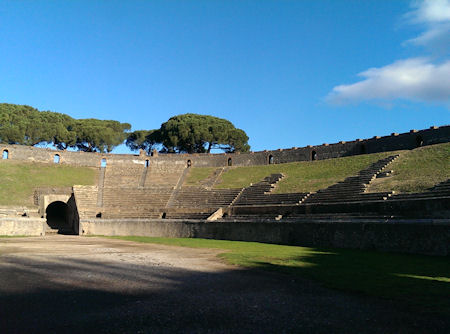 It has been more than four decades since I last walked these streets, and five since I first read about the cataclysmic eruption that ultimately buried the city nearly 2000 years ago. Walking into the ruined city brought me face to face with my young self as well as the ancients who once lived here. Older and hopefully wiser, my heart responded to the same strange tugs as I thought about the fear that must surely have permeated the city when Vesuvius roared to life and began to spew its ash. 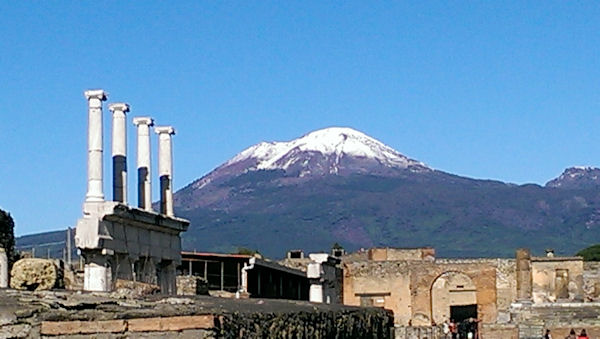 I suspect today’s walk will play out in my heart for some time as I continue to come to grips with the history that unfolded here, and with the young girl I was when my own feet first walked on these ancient cobblestones. Back then, the idea of my getting old had not really crossed my mind; today I walked with appreciation for the opportunity to revisit a significant place where I could walk with the ghosts of my own childhood.

And…. It was a delight to be there with Jeff, visiting this place with its history of labyrinth symbolism. At one time, there were at least 6 labyrinths in Pompeii, and we can hold the hope that some of those will someday be back on public display. 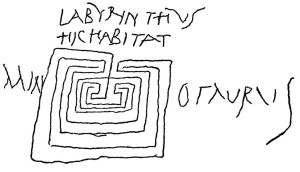 Following yesterday’s snowy mountain roads and sub-freezing temperatures, today’s cerulean skies and balmy temperatures were a welcome surprise… After three hours of wandering through layers of history, it was nice to relax outside with an icy gelato as we readjusted to the twenty first century and prepared to head for home. 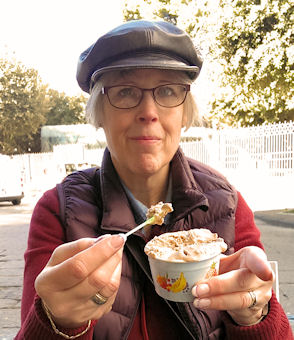 4 thoughts on “Walking on History”