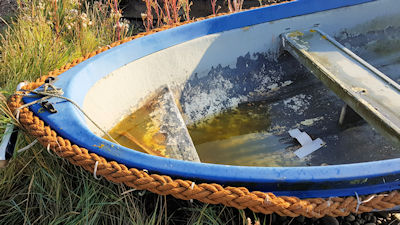 Like most sensible people, I love a good crisp Autumn day. Hoping to take me for a good day out, Jeff had been watching the weather forecasts closely with ideas of driving out into the countryside for a day of sea and sky, castles and pubs. When conditions looked optimal, we headed north to the Suffolk village of Orford with its splendid twelfth century castle overlooking Orford Ness and the edge of the North Sea. 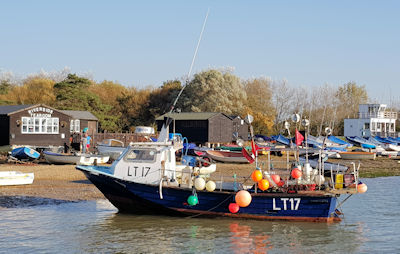 Happily, we set out early enough that we had time for a walk through the village and down to the harbour before the castle opened.

We had the place nearly to ourselves for the first hour, joined only by a lovely family whose kids shared their curiousity and sense of adventure with us… what’s not to love about  being invited to help listen for moaning ghosts on a spiralling stone staircase?? And they may have even convinced me to climb into the medieval baking oven – I look like something straight out of Hansel and Gretel, which probably gave them nightmares days afterward! 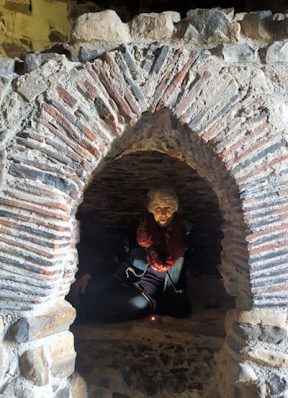 After a piping hot lunch at the Dolphin pub in Thorpeness, we drove down to the beach, hoping for a walk and maybe an ice cream cone, but by that time, the rest of eastern England seemed to have had the same idea, and there wasn’t a parking place to be found. At any of the beaches! Waaay too many people for us!

Beginning to feel like turning homeward, we drove into the village of Blytheburgh, to be welcomed by this: 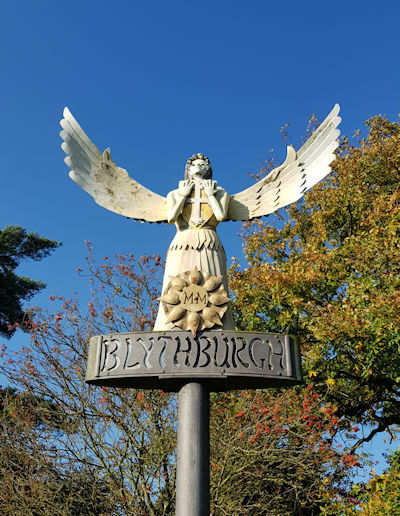 The Holy Trinity church was empty (as was its carpark) when we arrived, and I felt like this was actually what we had come for – a delightfully light and soulful church that celebrated glory with beautiful angelic beings. These wonderfully folksy angels have hovered overhead for nearly 600 years. 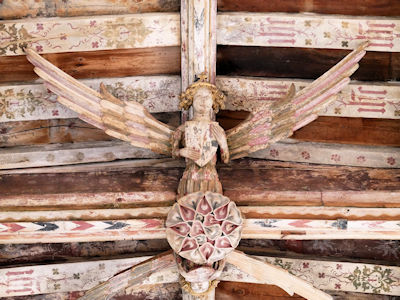 And this modern replica blesses visitors as they leave the church: 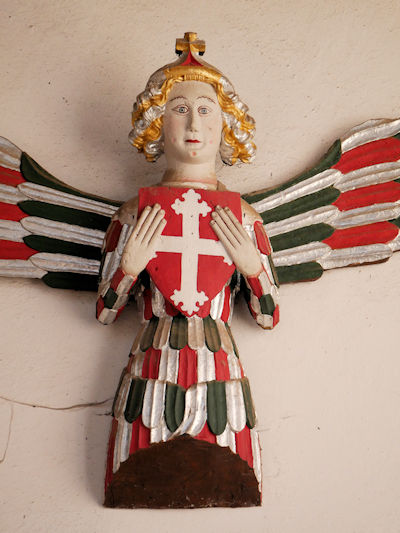 The attention to angels continues to this day. This glorious angel wing window is made from bits of the medieval glass gathered from the older windows.

The Church, which was Benjamin Britten’s favourite acoustic venue, is just as famous for its musical capacity, but to hear for ourselves we’ll have to make another visit on a day when local musicians come for Evensong.

3 thoughts on “Angels in East Anglia”