Our final day on the road. The weather was grey and soggy for most of the 400 miles we covered, but we were determined to see a few interesting things along the way.

Crossing over Hadrian’s Wall is always an emotional experience for me… how utterly amazing that a wall like that could have been built 2000 years ago, and that it still stands today. We only drove a short way along it today because the weather was too foul to make it enjoyable, and instead of a photo of the wall itself, I’m just showing you what it looks like on the map. 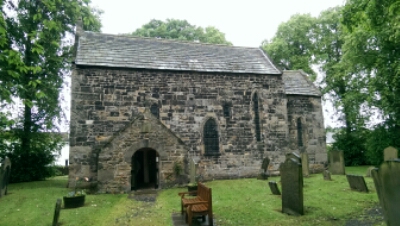 Driving south, Jeff noticed a sign for Escomb Church, a place he vaguely remembered from a visit some years ago. We found it without difficulty, and the door was open and inviting. An old Saxon church, it was originally built using Roman stones from the fort at Binchester in about 680 AD, and has been in almost continual use ever since. 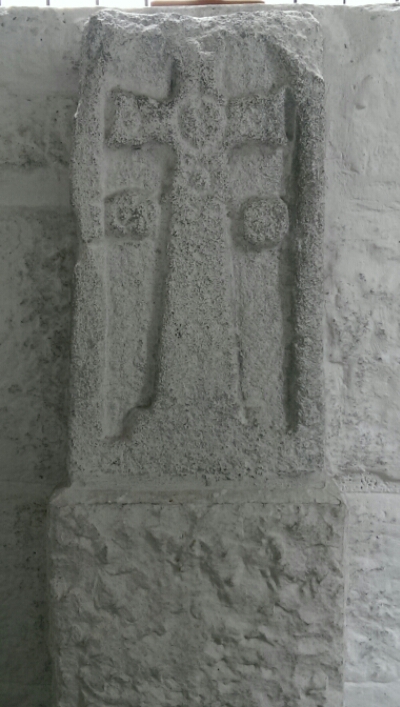 There are a number of interesting features on the church, including this altar cross which likely predates the building. According to a descriptive sign, a missionary would meet regularly at an important place, like a village, in order to preach the gospel. A cross would be erected to mark the place, later followed by a church to provide protection as the congregation grew. 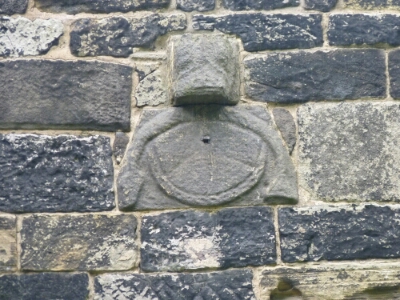 On the outside of the building is a sundial that dates back to the 7th or early 8th century. Although it is quite weathered, you can see that it is inscribed with three lines that correspond to the three daylight hours of prayer kept by the monks, Terce, Sext, and None rather than the usual hours of daylight.

Continuing the Roman theme, we stopped again a bit further on to get a glimpse of the ancient bridge across the River Tees at Piercebridge. There wasn’t actually a lot to see, though the incredibly straight Road (the B6273) that stretches across the countryside was quite impressive, straight roads being a hallmark of Roman construction.

From there, we headed back to the main roads and made straight for home. Not much walking today, but a lot of miles covered!