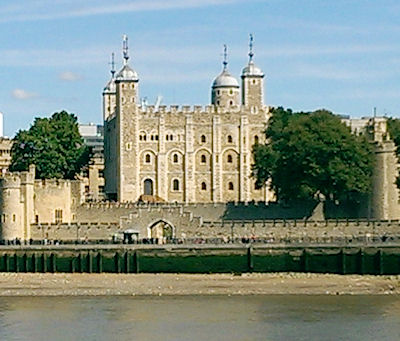 London is just up the road from us, but it usually takes an out-of-town visitor to lure me into the city. Today I met up with good friends from the US for a day of gentle wandering and exploration. The River Thames has been a major artery for as long as London has been a city, and we spent much of our day wandering along its embankments, appreciating the sense of history and enjoying its international culture and cuisine.

We met up at Trinity Gardens just across from the Tower of London, then walked across Tower Bridge and headed west past many of London’s famous landmarks. 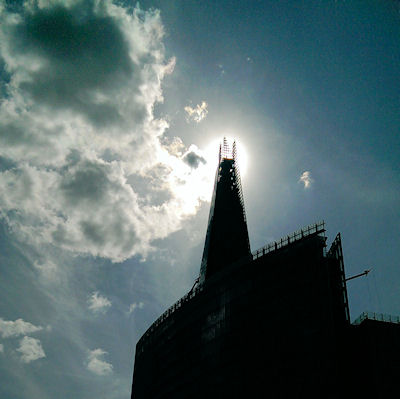 The sun played peek-a-boo with us as we meandered, forming a halo around the Shard as the sky reflected the moods of the rising tide. Just outside the Tate Modern, we stopped to visit with RSPB volunteers who had set up telescopes to let people get a glimpse of the peregrine falcons high up on a neighbouring skyscraper. They were an inspiring pause before we went into the gallery to marvel at mankind’s creative genius as manifested in the array of intriguing, often enigmatic and thought-provoking, art on display.

From there, it was back across the river as we walked on the elegant Millennial Bridge with its stunning views of St Paul’s Cathedral, Christopher Wren’s architectural masterpiece.

We ate street food at Burrough Market and washed it down with Sangria — because we could!  I just may have fallen in love with Ethiopian food, all of which was gluten free – a real boon for me! 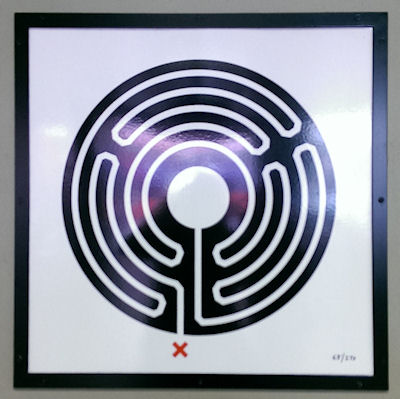 Leaving the mighty River Thames behind, we took the Underground to Oxford Circus – this plaque greeted us as we walked into the London Bridge station. 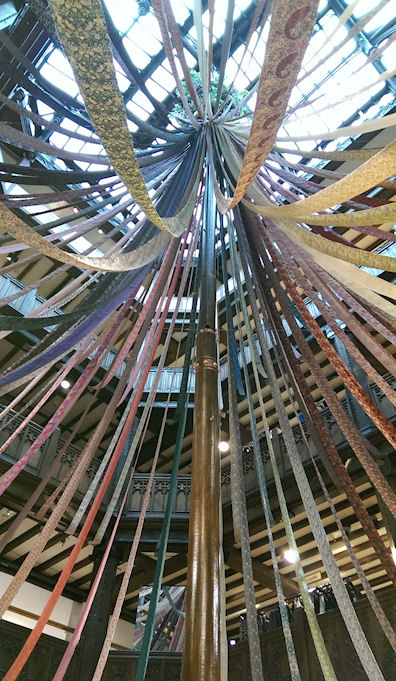 After the peace and conviviality of our river walk, it was a bit of a shock to emerge at Oxford Circus with its great hordes of frenzied shoppers. We joined the throng, eventually making our way to the lovely Liberty of London where this lovely beribboned creation took our breath away and restored our faith in modern creativity.

Saying goodbye (until tomorrow when my friends will come to stay with us here in Thundersley), I made my way back to Tower Hill and headed back out of London on the train where there was one last surprise in store for me. Glancing up from my book, I was stunned to see this lovely little labyrinth on the edge of the tracks — a complete surprise, one I didn’t know anything about. I didn’t have a chance to grab my camera, so this is a download from Google Earth. (The labyrinth is in Tower Hamlets Cemetery Park. I guess that will have  to be a pilgrimage for another day! Information about it can be found in the Labyrinth Locator if you simply enter London into the city field.)