I’m feeling drawn to London lately, with its cosmopolitan flair and colourful neighbourhoods. Often it’s woolly things that beckon me into the big city, but yesterday was all about meandering in search of labyrinths and mazes, on foot, train, and bus. Sunshine, spring blossoms, and maze-y artistry are a great lift to the spirits, and our sense of exploration and play helped to dispel the dark violence that invaded our week on Wednesday. 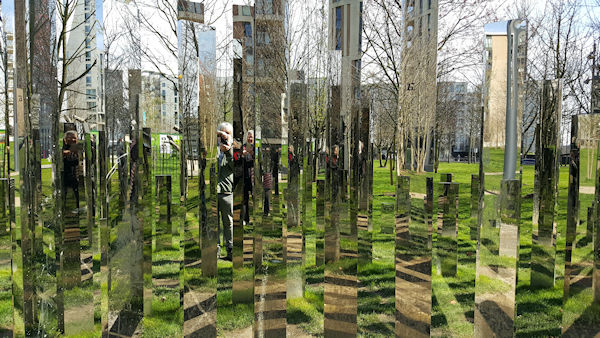 We met a friend at the Mirror Labyrinth in Victory Park to admire the artistry and play with our fractured reflections, then caught the 97 bus to Leyton where we visited Coronation Gardens with its gentle but profound juxtapositioning of old and new, serious and fun. To get to the hedge maze at the far end of the park, for instance, we passed by a particularly inclusive war memorial that honours all who served the war effort, women as well as men, a reminder not only of war but of equality – issues that are still in the limelight today. 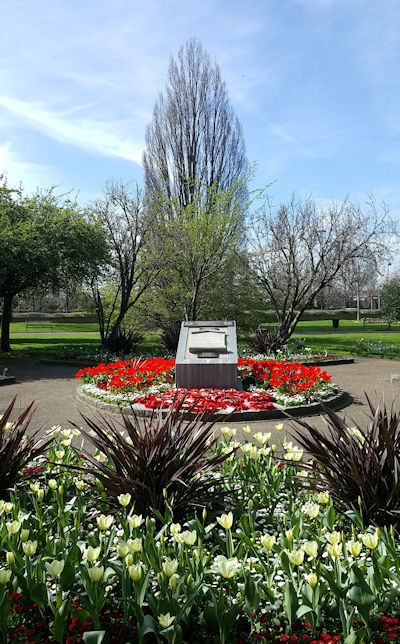 But further into the park is this sweet little maze, imaginatively evoking the manor houses and grand gardens of the past. I call it a sweet maze because I found it to be inviting rather than confounding. The hedges are only about waist-high to an adult, so there isn’t ever a sense of being seriously lost, though to a child, there would still be a sense of adventure in navigating the paths. I loved it. 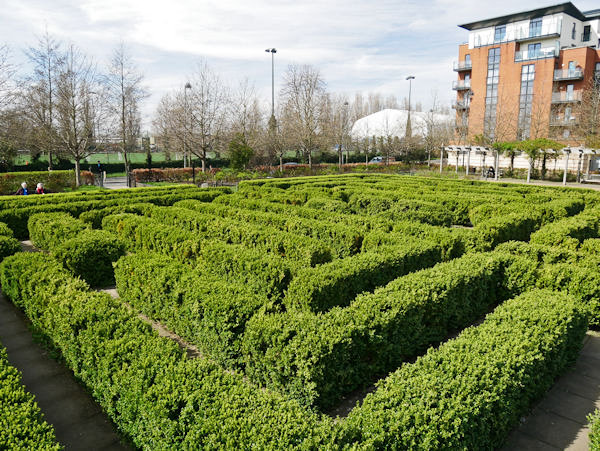 Leaving the gardens, we walked back up the road to Leyton Underground Station in search of more of the labyrinth plaques from the Art on the Underground project – it’s become a London tradition to seek out the black and white plaques as we travel around the city. This one and the one at Leytonstone, one stop up the line, took us into small waiting rooms alongside the tracks – a feature I had never noticed before. I am always appreciative of a quest that helps me focus on details that I would otherwise overlook. 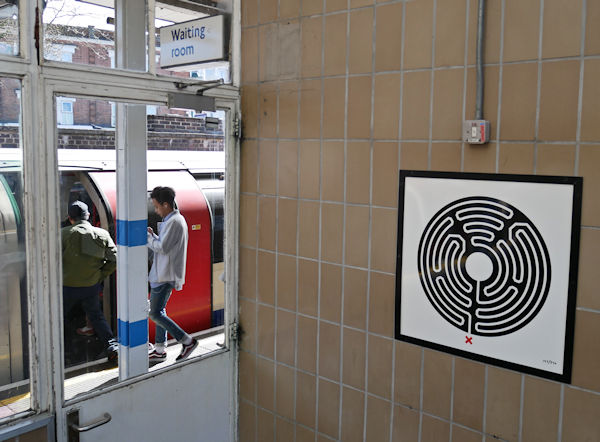 Similarly, as we slowed down to search for the labyrinth plaque, I also had time to notice the other signs along the platform, pausing as I came face to face with Winston Churchill, whose message is as pertinent in our modern world as it was in wartime Britain.

One thought on “Reflections in London”